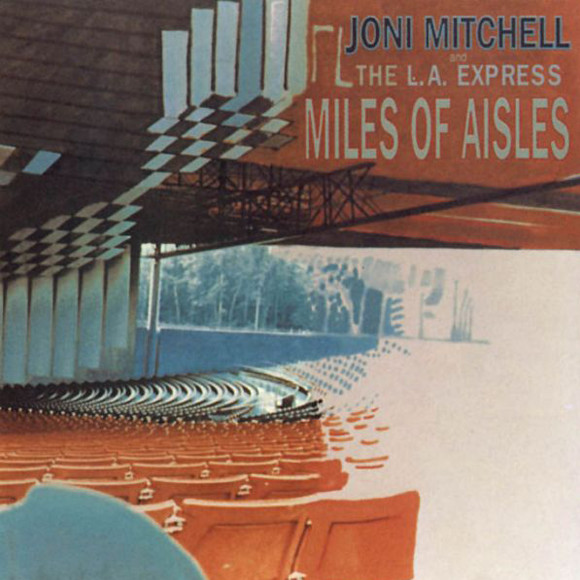 Lyrics for new songs: For Love or Money and Jericho
© 1974 Crazy Crow Music BMI
Used by permission
All rights reserved 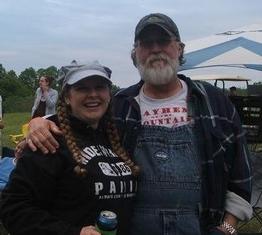 To LKay09: Indeed I am still playing that same Diamond Dulcimer. It has survived many an ordeal, and for a short while was on loan to Andy Goessling of Railroad Earth fame. He is an amazing talent, with the ability to master most any instrument he chooses. I thought he might enjoy having it around for a bit, and he did use it at one show, an acoustic gig at the Whitney Chapel in Hackettstown, NJ in November of 2005.

My friend Fred turned me on to this album. We also went to a concert at Poplar Creek. IL, later... maybe 1978-or'79. They wouldn't let me take any pictures though...I remember wanting to get as close to the stage as possible. Joni, of course sounded superb...Crisp and clear and smooth as silk ...With her band in the background slowly comin up behind her...  [ed.]Jaco??? Pat???  [ed.] 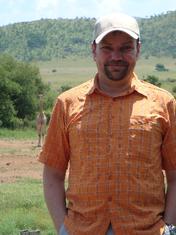 I just discovered that the re-issue (HDCD) contains the COMPLETE album!

In general this is on of my all-time-favourite live albums, but who decided to put it out on a single disc? On vinyl you can hear Joni laugh and react on comments of the audience which makes this recording so very special. I always felt it's a kind of rapture to this album and I hope that one day it will be available as a 2-disc-set.

such a great versions of almost every song!!
why didn't they release the video of this concert? that could have been amazing.

I have a great story about this album. It begins in the early summer of 1974. That summer I had chosen to hitchhike back to Maryland from California after driving out with some friends who were moving to Hawaii. During my travels I met up with another long-haired friendly freaky amigo, who was entertaining me with his dulcimer in the back of a slow but steady travelin' VW van. We were both quite enamored of Joni, and his favorite tune was 'Carey', which he soon taught me how to play. I fell in love with the instrument, and vowed to get one of my own after getting home. On the way back I was staying with some friends in Colorado Springs, and was lucky enough to be there when CSN&Y, The Beach Boys, and Jesse Colin Young were playing in Denver at Mile High Stadium. That night Joni Mitchell made a surprise appearance at the show, another bit of odd happenstances connected to this wonderful lady.

Soon after returning home, tickets went on sale for Joni's tour with Tom Scott and the L.A. Express, which stopped in at the Merriweather Post Pavilion on August 24. Of course I purchased my lawn seat, and made plans to attend. I had found a cabinet maker by the name of Lucky Diamond, who had taken to manufacturing these beautiful concert sized dulcimers, each individually tailored to its user. (They have a wonderful, rich tone that has improved even more with age) Come the day of the concert I packed up the dulcimer, threw it over my shoulder, and headed out to the show very early in the day. These were the days before oppressive concert security, and I was able to find my way backstage during load-in where I met up with Robben Ford. We hit it off quite nicely, him being only 4 years my senior. He spent a good bit of time giving me a backstage tour, and we talked about all types of music. When it came time for the soundcheck he let me know I had to leave the stage but passed on to me tickets for two great seats, and a hint as to where they were staying that evening post show. At that point I wandered down into the empty pavilion, picked a seat right up front, and listened to the L.A. Express do their sound check in an almost completely empty pavilion, with me and a few sound engineers or roadies being the sole audience. At showtime I passed my awesome seats on to a friend (he had a date, I was solo...what else are friends for?) and enjoyed one of my all time favorite concerts. I didn't follow up on Robben's 'sort of' invitation to come to their hotel afterward, but I've always wondered what might have happened. Would it have been possible to have Joni actually play my instrument? What 18 year old could imagine such a thing?

Later that year, when 'Miles of Aisles' was released I went out and bought a copy right away. I found it very cool that the cover depicted Merriweather in all its glory. But even more amazing was the back gatefold cover, where it appears that while I was listening to the sound check, Joni was behind me taking photos. And right down there in the front are two lone figures, checking out the stage. I believe with all my heart to this day that I am one of those lucky people, rising above all those empty seats making up those miles of aisles.
[ed.]