That Song About The Midway

I followed with the sideshows to another town
And I found you in a trailer on the camping grounds
You were betting on some lover, you were shaking up the dice
And I thought I saw you cheating once or twice, once or twice

I heard your bid once or twice
Were you wondering was the gamble worth the price
Pack it in
I heard you did! Pack it in
Was it hard to fold a hand you knew could win

So lately you've been hiding, it was somewhere in the news
And I'm still at these races with my ticket stubs and my blues
And a voice calls out the numbers, and it sometimes mentions mine
And I feel like I've been working overtime, overtime

Footnotes to That Song About The Midway

Ruby in a black man's ear: [The following was submitted by Patrick Leader] There was an editorial in the Sunday 'week in review' section in the New York Times, about Shakespeare [reprinted below], with a Joni mention.

"Or that his words would inspire their own honoring thefts: Joni Mitchell took a glittering simile of his for "That Song About the Midway"; ..."

So I googled to find the original reference and found a direct comparison...

"It seems she hangs upon the cheek of night
Like a rich jewel in an Ethiop's ear;
Beauty too rich for use, for earth too dear!"
--Romeo and Juliet, I, v, 49

Transcriptions of That Song About The Midway 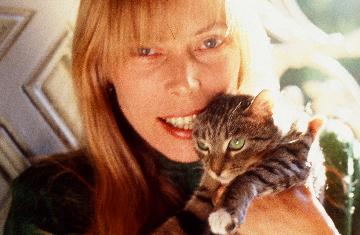 Crosby, in the documentary REMEMBER MY NAME, described how Joni broke up with him. "That Song About the Midway, - it was her goodbye song to me." Mitchell played the track for him. "The look on her face when she finished singing the song, looking right at me, and then she started and sang it again... Yeah, that was a very definite message there."

David Browne shared in his book "Crosby, Stills, Nash & Young: The Wild, Definitive Saga of Rock's Greatest Supergroup," As the relationship crumbled, Crosby reportedly took up with an old girlfriend. When Mitchell found out, she made her disappointment known to Crosby and others at a party at Monkee Peter Tork's house in the one way she knew best. "Joni was very angry and said, 'I've got a new song,'" Crosby told Browne. It was then when Mitchell played the That Song About the Midway, which had "references to a man's sky-high harmonies and the way she had caught him cheating on her more than once," Browne wrote. "There was no question about the subject of the song."
"It was a very 'Goodbye David' song," added Crosby. "She sang it while looking right at me, like, 'Did you get it? I'm really mad at you.' And then she sang it again. Just to make sure."

My dad swore he met Joni, and that "That Song About The Midway" was written about him. He was a carny in the 60's, 70's and 80's and traveled all over the US and Canada. His name was Brian. He also was known to tell tall tales :)