3 Related articles from the Library 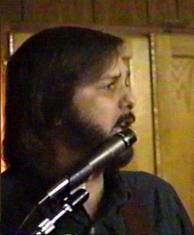 I was there that night with a very lovely and talented singer/songwriter named Karen Kline. I was in a band with her bother Kalen. What a great show it was! I loved every minute. Joni was very dynamic and the band was right there with her. Seeing Pat Metheny and Jaco Pastorius was another highlight. Two virtuoso musicians I was already familiar with. The whole band were virtuoso players. The only thing that was a let down that night was after the show. My Triumph TR-6 convertible had the top slashed so the hood could be opened and the battery stolen. I never locked it again after that night.

I saw this concert with my then girlfriend, Mary, and her brother. We drove up from Little Rock in my dad's Winnebago. I had been a fan of Joni's forever and also a fan of Weather Report from their first album and couldn't believe I was seeing Jaco and Don Alias and the rest of the group along with Joni. Definitely a bucket list night. I still have my concert poster on the wall along with Zep, Jimi, Cream, Bob Marley, The Doors . . .

I attended with two friends I worked with one an old friend from high school, Jenis' and Jimmi. It was open seating but Jenis' knew there was a grassy area in front of the stage and suggested we bring lawn chairs and sit there.

The Persuasions opened singing acappella and were fantastic. During their performance the lead singer, Jerry Lawson, jumped down from the stage near us and sang as he walked into the audience. After he returned to the stage I noticed a huge tiger-eye gemstone in the grass, picked it up and showed it to Jimmi. A minute later Jimmi told me to look at Jerry's hand, he was wearing a ring with a large stone missing! After the Persuasions wrapped up, Jimmi and I made our way to the stage entrance. I told the security person that I needed talk to the lead singer of the Persuasions. He said he might get a note to him but no guarantees. I said I'm SURE he wants to see this note!

We waited a few minutes then Jerry shows up with another fellow. I gave him the stone. He was very thankful and said the ring was a gift from his mother. Then he told the fellow with him to give us backstage passes! WOW!

Jerry takes us back stage and we talk ,He says that we might not see Joni until just before she goes on and to help ourselves to the food and beer and believe me I did! We took turns letting Jenis' backstage, too.

Behind the food and drink was a huge empty blackboard. I had just read an interview Joni and had what I thought was a very cogent response. So I wrote it on the blackboard almost filling it. Not long after I see a guy erasing it. He's the stereotypical backstage manager with coke dust on his nose. I asked him why he was erasing it, he responded, "I don't want anything messing with Joni's head." Well, I could see his point.

Then Joni appeared, just outside the dressing rooms and doesn't mingle. There she is, can I summon the courage to approach her? What would I say? Then the liquid courage took over. She was making her way to the stage, I intercepted her, stepped in front of her and extended my hand, she took it. I said, "I love your work" then I was starstruck, I was frozen. She giggled and was led on stage.

For the rest of the concert we traveled between the front row and back stage. I found a spot in some trees in the 'wings' of the stage where I could see Joni and was a 'dancing fool' until I was informed I was bothering Joni!

It was a beautiful, magical night. When the concert was over my friends and I had to go to work. Luckily, I was able to pull it off with a giant grin on my face all night long! Thank you Joni!

I was in shock when I went to see Joni. When I got there and the musicians came out I was blown away to see Pat Metheney, Joca Pastorius, David Breker.. Happen to be some of my favorite musicians. The show was incredible with her and these guys playing with her. I was in heaven. The girl I was with thought I was nuts because I was going nuts. This show is in my top 10 for sure.