According to Joni's own words, Coyote was written on November 25, 1975 - somewhere between Hartford, Connecticut and Augusta, Maine. She was traveling with Dylan and the Rolling Thunder Review. Read our analysis of The Evolution of Coyote and how it changed and morphed throughout the tour.

Coyote has been recorded by 34 other artists 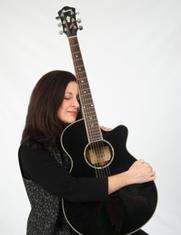 This past Sunday, I had the privilege of performing "Coyote" as part of "Last Waltz Live" at Spruce Peak Performing Arts Center here in Vermont. I'd appreciated the song's form and spirit, but was not drawn to the coercion ('won't take no') element, and never committed the lyric to memory. Once invited to perform the song, I embraced it, obsessively, for 3 weeks under a full performance schedule.

I did alter the 2nd verse to "Forty years down the road, 'Me Too!' is what we may say" just before the refrain. Permission neither asked nor granted; yet it felt proper to honor both the genius of the songwriter and our slow collective shift in mindset. Glad to report hearing two YES! cheers from the audience for that change. A very challenging and rewarding experience.

All The Love to Joni Mitchell.

Definitely about her romance with Sam Shepard on Rolling Thunder tour. She discusses her "flirtation" with him (both on coke) in Yaffe's Joni Biography, p. 206-7.