Released as a bonus track on the 50th anniversary CD of the 'Blue' album, 'Blue 50 (Demos and outtakes)'.

'Hunter' uses the same tuning and chord shapes as in 'This flight tonight',
possibly the similarity being a reason why it was not originally included previously. This is an odd lyric until you know 'Hunter' is a stray cat, and The Good Samaritan and Inn keeper are Joni herself.

The studio demo is played in G, but with her capo at the 1st fret so it will sound in Ab.There is a live TV performance where she has the capo at the 2nd fret, so it then sounds a semi-tone higher, in A, and she plays some of the Intro and linking riffs just slightly differently, but the chord shapes are the same in both versions.

There's a link mentioned in my tab to hear both of the performances. To hear the album track, copy and paste this link:
https://www.youtube.com/watch?v=kGkfCHxw--I

The video of Joni playing is attached here. CAPO: 2nd fret (Will then sound in this live key of A)

This transcription is the author's own work and represents their interpretation of the song.
You may only use this file for private study, scholarship, or research.
Copyrighted material contained in transcriptions is used in accordance with 'Fair Use'. 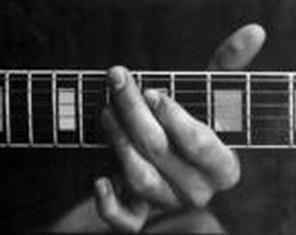 I think the tuning used here is standard open G (low to high DGDGBD). It doesn't really affect the chord shapes, so this transcription still works well. I think Joni mostly avoids playing the bottom D string as much as possible. At the end of this live performance you can hear her check the tuning of the bottom strings, sounds like standard open G to me: https://www.youtube.com/watch?v=iL857v8V7u0