A Portrait of Joni Mitchell 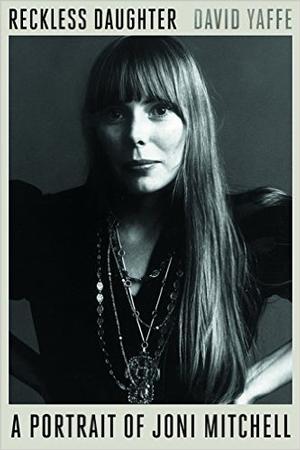 “Joni Mitchell, an artist of innervating and daunting complexity, originality, and importance, could have no better biographer than David Yaffe. He knows the music like the serious musician he is, knows the poetry like the literary scholar he is, and is equally attuned to Mitchell’s tortured soul. On top of all that, he seems to have interviewed everyone important in Mitchell’s life, from her first husband to Leonard Cohen. Reckless Daughter is nothing less than the definitive statement on the life and work of an artist who defies definition.” ―David Hajdu, author of Love for Sale: Pop Music in America

“David Yaffe is an artful and incisive critic who writes with such grace and clarity. With Reckless Daughter, he makes a figure as iconic as Joni Mitchell feel wholly new. This portrait is loaded with revelations, both spiritual and actual. I thought I understood something about Mitchell―the way her tough and tender songs move, her sweetness and rebellion―but Yaffe understands everything. What a book.” ―Amanda Petrusich, author of Do Not Sell at Any Price: The Wild, Obsessive Hunt for the World’s Rarest 78rpm Records

This is a wonderful book in that it does what many similar bios don't: it delves deeply into the lyrics and meaning of a lot of Joni's songs, album by album. I found only one minor error (song attributed to wrong album) but did find and appreciate the author's love and respect for this great artist and fascinating person. I've read it twice and keep it nearby for quick inspiration. Highly recommended for Joni-philes!