2 Related articles from the Library 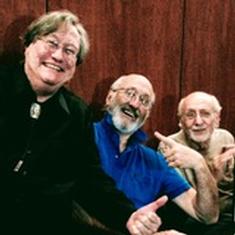 Hello,
After hearing Joni Mitcell at "The Troubador" in Hollywood many times, and as a reporter for UCLA Radio Station KLA, I went to this Valentine's Day concert. I interviewed Joni the morning after the conceert in the apartment of the UC Berkeley Speaker Bureau Chair. He organized the concert, and he and his girlfriend gave Joni and Joni's very affable traveling companion a place to stay. We started off in a few cars, caravan-ing it to the airport. On the way, Joni spied a string of Shattuck Street stores that had boxes of lace borders and collars, which she enjoyed sifting through.
One month later, I discovered who Joni's traveling companion was, because he and a few of his friends released their own album. His name? Graham Nash.
All in all it was an wonderful couple of days, beginning with beautiful and inspiring music, followed by a coda day of talking, gentle laughing, and spontaneous exploring.
Care, joy, and wellness,
Ed