From a JMDL interview with John Uren:

JMDL: Tell me about the piece of artwork that Joni gave you.

John: She gave it to me in 1964. It was a beautiful painting that I actually gave to my niece, Sarah Peirce, when she got married because it was the most valuable thing I had. It's a striking piece of work signed by her, 'Joni, 1964.' It’s not really a painting; it’s done in hard crayons. It’s called 'The Daydreamer' and she said, 'John, this is what you are.' For years I lugged it around with me because I was a gypsy. Everywhere I went I took this piece with me all rolled up - I should have taken better care of it. But finally when I went back to the Stratford Shakespearian Festival in ’81, I bought a house, settled down for a couple of years, and had the thing framed. 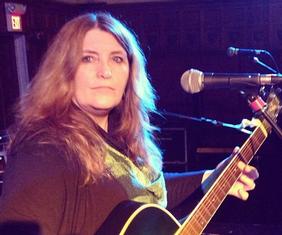 I wonder if this painting is related to her song about a daydreamer "Blue on Blue?" Just a thought.

Hi.
I love this picture of 'The Daydreamer.'
I'd love a copy of this, if was possible?

Also i have looked online and i can't find an artbook which contains Joni Mitchells paintings and drawings.
Does anyone know if there is a book published of her artwork which is available to buy?