This is a town on the bleakest strip of road. Anybody locally will tell you, (voice characterization) ' from Prince Albert to North Battleford, eh? 'You know, but -- and this was 40 below, and I'm telling you, it was the most -- I was enchanted with the colors of the blues, of the lilacs, and the shiny snow and the loose, drifty snow that I've never seen the local painters back home paint. Have you, Gilles? (Gilles' response inaudible) Winterscapes? Haveyou? Because you've seen more of the local work than I have, but anyway it wasn't an image that I'd seen, and I thought, you know, God, look at this,it's so beautiful. And so I took a lot of snapshots with a paper camera,and I tend to paint Canada a lot in Landscapes.


PI: -- and that this is a theme that you grew up with - that picture?


JM: Yeah, you've lived with it and you, you know, you feel it. You fee lit when that road was plowed in the morning and nobody drove down it all day and you get to get that tone it's just across the glassy ice that's underneath. You know, stuff like that is like sense memory. It's not that much in the -- the print was taken with a panoramic paper camera so also I didn't crop it. I let go of it like a rubber dollar bill so the vantage point, you're up with the birds. You'd have to be standing on top of the car to get that vantage point. Do you know what I mean, Gilles? You've elasticised the landscape. You've taken a cinemascopic image and compressed it in so the vantage point is up in the air like you're hovering above a car hood there.

She has drawn particular praise from some critics for "40 Below 0," a 1995 oil depicting an untracked winter road cutting across a snowy landscape while a warm sun sinks over a farm horizon.

She described the jeep ride with Mr. Freed that inspired the work.

"We were driving on what might be considered the bleakest stretch of road, on the bleakest time of year," Ms. Mitchell said. "When I got out, crystals formed all over the inside of the windshield.

"There were the prairies, the stretch of the wind, the movement of the clouds, the skies, all lilac-y and yellow. The windbreak was burgundy, the snow was pink with the sun going down. It was such a rush of color. To be so cold it could kill you in 15 minutes, and yet to look so warm. I felt like a salmon smelling its native stream."

Reminds me of law school in Vermont

Having worked in the Canadian North and experienced 40 below with a wind chill, I am in awe of this painting capturing it so well.

Is there a print of this work available anywhere? This painting captures the nuances of colour, light and magic in that bleak -40 landscape. I am a naturalized rather than native prairie girl and this painting shows what the prairie landscape has revealed of itself, what has kept me here -- the beauty and character one must have the patience to see. Thank you, Ms. Mitchell. I would love to have a copy (or the original!) for my home. 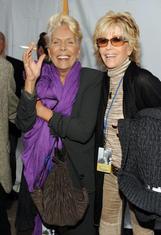 gorgeous, lovely and the text accompanying is just as rich..please how about a book of joni discussing her paintings? My sister is an artist and could travel right there with her, brush in hand. i cannot imagine what 40 below is like. Thanks Joan

This particular piece captures my childhood growing up in Saskatchewan. As harsh as winters can be, there is something dramatically beautiful at the same time. I have admired this painting for years.

Thanks folks, for noticing this. I think about this painting frequently and feel a kinship with others who have noticed it.

Survivors out in the Light of God,
Hermits, every one, in the Presence of God.
I can hear Leonard Cohen's "Alleluia" in the plugs
Down on the jeep's seat, or Van Morrison's
"(And It's Almost) Independence Day" ...
music to stay warm by, y'know? In the cool, cool ...
Shining light of blent cathexis, God in Epiphany!
"In harmony, with the cosmic sea,
True love needs no company
If Dogs Run Free"


I am a painter. I notice things. I notice here
how very large that storage drum is. What's it full of? Must be diesel fuel oil I guess. Gets
frigid, and liquid cannot be compressed, and black absorbs no light because it's already absorbed it all.

It's the stillness and stiffness and solitude -- everything here has tremendous gratitude.

The yellow is blent to the blue via the rose, whereas the big brown bushy trees must be bare and thick to collect enough moisture.

The perspective is a mean, an average, meaningless almost since one place is so like another. Is God forgiving in this unforgiving landscape? Tht is my ego talking I know, I know.

One must move on. Appreciate her, not comprehend her completely, and move on. This is not a folk tale or song. It's the bitter icy, shrill wind of the chanteuse in a moment of keen realization that the gift will not go on forever -- the perspective is an illusion -- there are places people won't go, not even she.... not even she will enter there where the demons lose their minds.

And God must restore their sanity.

With the gentlest of light and patient chill time alone in deep meditation (if you ask me, but I have that perspective because I'm schizophrenic and so I know for a fact that God's Mind Is More Likely Than My Own) ..

It's a Rare Attraction. One for the Sami Tribe.
No wonder it's her best work -- she's painting the soul of her tribe.

My husband and I have been married for 29 years and he loves this painting. I would like to know if a "print" of this work is available? Being able to offer him this painting as a gift would be a wonderful experience...he is very simplistic in many ways and asks very little of others but gives so much. He has been talking about Joni Mitchell "the artist" for most of our married lives and to be able to present him with a painting or a print of a painting would be pretty special! 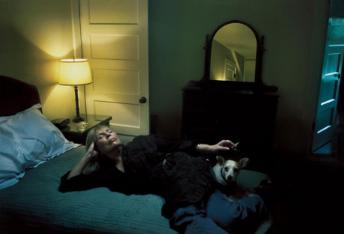 I think it might be her best landscape painting.

I am really moved by this painting. I can't quite put a label on it. All I know is that it makes me want to bundle up with a thermos of coffee and Bailey's and go for a walk. I love the silence that exists in the insulating accoustic properties of snow. I can just imagine the crunching of my foot steps, the steam of my breath, and seeing where the road takes me, always driven by my wanderlust.