Moon At The Window

Betsy's blue
She says "Tell me something good!"
You know I'd help her out if I only could
Oh but sometimes the light
Can be so hard to find
At least the moon at the window
the thieves left that behind *

Footnotes to Moon At The Window

[The following was submitted by Jeff Capp]
This is an allusion to / appropriation of one of the most famous poems by the Japanese Buddhist priest Ryokan (1758-1831).

According to Ivan M. Granger "The moon is a common metaphor, especially among the Zen poets, to represent enlightened awareness. In this haiku Ryokan is laughing at the absurdity of the theft. "The thief left it behind," he foolishly couldn't recognize the one great treasure the poor monk possessed -- "the moon," enlightenment -- and, instead, took an armload of worthless junk. (To point out what a petty haul it was, Ryokan even ran after the thief with the missed cushion.) Any sort of theft of Ryokan's possessions was a pointless act because, of course, who can take the moon from his window? Ryokan is amused and invites us to join in his laughter."

Transcriptions of Moon At The Window

Moon At The Window has been recorded by 14 other artists

What ear I have for jazz is because Joni dragged me into it. This one is special. I was renting a house in Highland Park (just up the road from Joni's tenement castle). The house was robbed. That night, I pushed past the broken door, stepped through the wreckage and stopped at a back window, where a golden moon was suspended in the branches of a glittering old tree. Then Joni came out with this song, which was written just for me--if you ask me. "Is it possible to learn / How to care and yet not care" expressed the theme of my experiences in the City of Trees.

i haven't digested this one yet. it still lingers on the palate. something to look forward to in my old age, discovering a new jem in joni lyrics.
all i know is when i get up to go pee in the night, i pass by my second story window to get to the john, and there are those restless nights, like last night, where that big ol' bad ass full moon is staring at me at that window, peeking between Minnies 150 foot tall oak tree branches in the velvet night! at least i still have that, after all that those before me have taken from my youth and abandoned me. 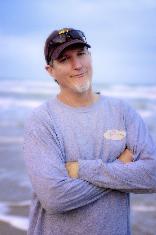 wayne shorter's sax is just riveting flowing as a stream in and out of her melody.