I Don't Know Where I Stand

Funny day, looking for laughter and finding it there
Sunny day, braiding wild flowers and leaves in my hair
Picked up a pencil and wrote "I love you" in my finest hand
Wanted to send it, but I don't know where I stand

Telephone, even the sound of your voice is still new
All alone in California and talking to you
And feeling too foolish and strange to say the words that I had planned
I guess it's too early, 'cause I don't know where I stand

Footnotes to I Don't Know Where I Stand

Joni introduced the song this way on September 16, 1967 at the Second Fret:

“As you’ve probably noticed, folk music in America right now is fairly close to pop music. You can hardly separate the two. Most of the people who are in the large rock-and-roll groups – the Mamas and the Papas – are all ex-folk singers and they’ve given their folk styling to contemporary music over there. Most of the folk singers like myself – I suppose it’s a little bit unusual after listening to what’s happening here with all the traditional music, which I love very dearly and which isn’t happening in America – I hope I’m not frightening you.

Transcriptions of I Don't Know Where I Stand 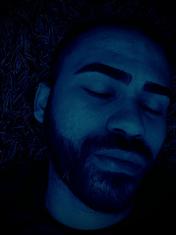