John Sebastian and Fred Neil lead a show in Sacramento's
Memorial Auditorium at the request of Govenor Jerry Brown,
Climaxing the state's "California Celebrates the Whales Day".
Also appearing at the show aimed at raising public consciousness
about the plight of the internationally hunted mammals are the
Paul Winter Consort, Country Joe McDonald and Joni Mitchell.
Joni was accompanied by Jaco Pastorius, Bass
and Bobbye Hall, Congas.

5 Related articles from the Library

A great night that started when my girlfriend and I literally ran into Governor Jerry Brown on the steps entering Memorial Auditorium. She gave him a hug and he received it well. He was walking with a member of his staff. Next, had to hit the restroom and as I was standing at the urinal, Jeff Bridges and Burgess Meredith walked in to do the same thing. Too fun, the three us standing in a row. Stewert Brand and John Lilly gave outstanding presentations. Joni Mitchell was dressed in all black with a great baret hat. She was strikingly good looking that night. I loved her new music and she was a real treat to see and hear play live. Jaco Pastorius stood out on stage almost as much as Mitchell. What a bass player. You knew then that he could take the bass riffs to places no one else could find. It's too bad he and Joni couldn't have played together longer than they did.
She's refreshingly authentic. Love to see her perform today, but understand and respect why she doesn't 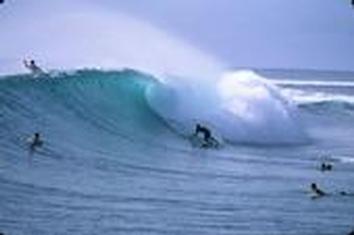 I WAS THERE..I WAS PRESIDENT OF SAVE THE WHALES AT CAL POLY POMONA AT THE TIME.I GOT TO BRIEFLY MEET JERRY BROWN, WHO IS VERT CONCERNED ABOUT OUR ENVIORMENT..DID NOT REALIZE THAT JERRYS DATE WAS LINDA RONDSTAT..IT WAS A DAY IN MY LIFE ,ILL REMEMBER FOREVER..CHUCK DUNN

I remember this concert like it was yesterday. I had been listening to Joni's music since I was 11, her first album, and this would be my first concert to see her live. She was late. I don't remember why, but the crowd was impatient. By the time she appeared, we were all so happy to see her, we didn't care anymore. All I remember is that she didn't play long enough.

The "unidentified man" in the second photo from the Save the Whales concert is Gerry Brown, who at the time was Governor of the State of California. I was at that show at the Memorial Auditorium in Sacramento. It was my 18th birthday present from my (still cool) older sister, Joan. Still remember the event fairly clearly after all these years. And Jaco, how amazing.

Been in love with Joni's music ever since. BTW, Gerry Brown's date for that concert was Linda Rondstat.