Joni and Arlo Guthrie were the featured performers in a
concert filmed by NET TV. The Aug. 3 broadcast was titled
The Sounds Of Summer–Mississippi River Festival.

9 Related articles from the Library 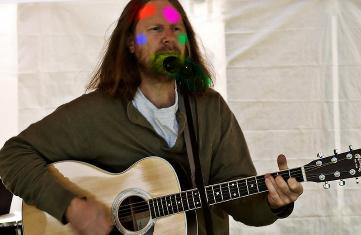 Joni's set appeared as a bootleg LP called "Lennie and Dom Songs (Early On)" on various labels (Kornyfone, Phonygraf, TAKRL, Midnite) in the early '70's. On some issues it was wrongly identified as "NET TV broadcast from LA 1969". Other versions did not mention the source at all. Some issues also mixed up the order of the songs, and added the studio "Urge For Going". Copies of this boot still surface from time to time.

I don't think I saw Joni in '69 but I know I saw her at the Mississippi River Festival. She did 2 sets, the first acoustic with numbers from the "Blue" album including "A Case of You" on dulcimer. The second set was with electric backup band. I don't see this concert listed. Is there ay way I can find out the year? Thanks for all the great songs, Joni!