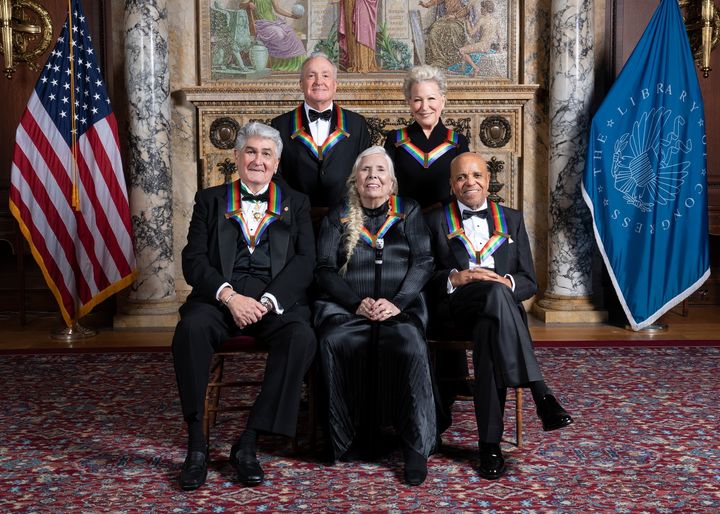 The lifetime achievement medals had been presented to the honorees on Saturday night in a black-tie dinner for 210 donors, politicians and the recipients' families and friends at the Library of Congress. The dinner accords the honorees their chance to say a few words of thanks. Referencing her struggles with illness, Joni struck a tone of optimism: "I'm hobbling along but I'm doing all right!" she said, in brief remarks.

Highlights of the tribute performances will air on CBS on December 22 at 9pm Eastern/8pm Central. Mark your calendars! Photo by Scott Suchman (Dec 4 at the Library of Congress)/ Portions of the text by Peter Marks