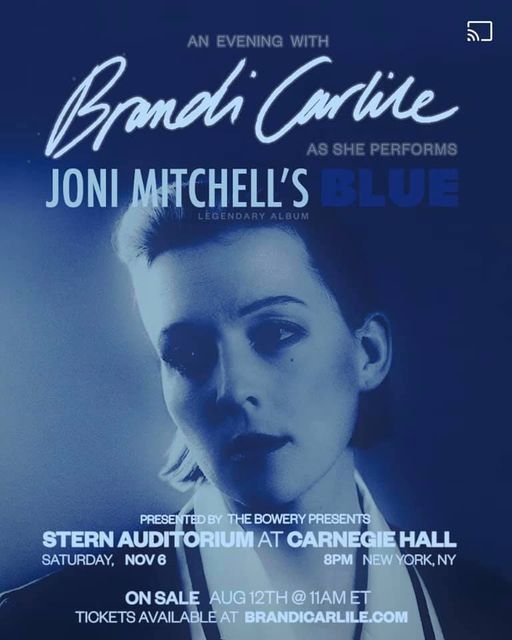 Brandi Carlile will perform Joni Mitchell’s Blue in its entirety at Carnegie Hall this fall, her second time covering the legendary LP.

Carlile first performed the album in October 2019 in Los Angeles, shortly after she met the singer-songwriter at her 75th birthday tribute concert. Since then, the two musicians have formed a close bond, with Carlile recently writing the liner notes for the 50th-anniversary reissue of Blue.

“In my opinion, Blue is the greatest album ever made,” she wrote. “Blue didn’t make me a better songwriter. Blue made me a better woman… No matter what we are dealing with in these times we can rejoice and know that of all the ages we could have lived through, we lived in the time of Joni Mitchell.”

General tickets for the November 6th concert go on sale Thursday at 11 am E.T. Carlile recently announced her new album In These Silent Days, out October 1st via Low Country Sound/Elektra Records.