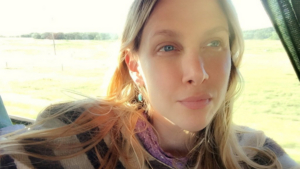 Lauren had the honor of singing Joni Mitchell's songs at the book release for David Yaffe's new, definitive biography, Reckless Daughter, while David Read excerpts from his book. That evening was the inspiration for this show about Joni's evolving artistry. Lauren will be joined by longtime friend and collaborator, Peter Calo, on guitar, and Ritt Henn on bass.

Lauren Fox in The Evolution of Joni Mitchell plays Feinstein's/54 Below (254 West 54th Street) on September 13th. There is a $40 cover charge and $25 food and beverage minimum. Tickets and information are available at www.54Below.com. Tickets on the day of performance after 4:00 are only available by calling (646) 476-3551. More information here.