Her songs have been recorded by many artists, but it's been only recently that Joni Mitchell has made a mark as a singer herself.

Joni, who hails from a small town in Saskatchewan, Canada, has had her material recorded by artists such as Judy Collins, Tom Rush, Dave Van Ronk, Leonard Cohen and Frank Sinatra. But Joni proved to sell-out houses at the Cellar Door that no one can sing her songs the way she does.

During an interview after one of her performances, Joni discussed her views on many subjects. When asked who, besides herself, does the most justice to her songs, she said: "That's difficult to say. I like the way different people bring out things I can't."

One of Joni's compositions, "Both Sides Now," recorded by Judy Collins, is riding high on the charts. "When Judy sings my songs," Joni says, "they're similar in approach to the way I do them. But I'm more excited when a man does one of my songs.

"Frank Sinatra just recorded 'Both Sides Now,'" Joni said. "But my favorite version of the song is by Dave Van Ronk."

Many of the songs Joni writes deal with life in the city. Explaining this, Joni said: "I just write about what I feel like writing about. Whatever happens to be on my mind at the moment. I'm a little in awe of cities, being raised in a prairie city in Saskatchewan."

Joni moved from bigger city to bigger city, until she reached "THE city," New York.

"As a child, I thought cities were beautiful," she said. "I judged them by their neon. Then, in New York, I found that cities are really vulgar.

"I saw the dirt of the city," she went on. "I found they were plastic and there is always a rush for the dollar. Now I'm ruralizing myself again. I don't like to live in the cities. I owe it to myself to live where there's greenery."

Joni's first album, on the Reprise label, does a good job of showing off her writing and singing talent. Some of the songs on that album are, "Marcie," "I Had A King" and "Michael From Mountains." Some of her other well-known songs, not contained on the album, are "Circle Game" and "Chelsea Morning."

When it came to choosing a company to record for, Joni had a tough job. "My recording contract came down to three labels," she said. "Vanguard didn't take me seriously. Elektra was pretty much the same, and they had Judy Collins already. They wouldn't have done me justice.

"I chose Reprise because their contract gave me a lot of control," Joni said. "I have freedom to make my music my own way. Reprise is good to its artists." 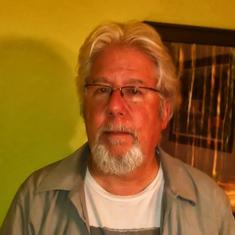 Hi...I am Mike Oberman (Michael Oberman). I was pleasantly surprised when I saw my 1968 column from the Evening Star on your web site. I have a publishing contract with Backbeat Books for a book I've been working on...tentatively titled "Fast Forward, Play, Rewind." It will contain one hundred of my three hundred published interviews and the Joni Mitchell interview is included. It was such a pleasant time I spent with Joni and I'm happy my column is on your web site. Please send my fondest regards to Joni.