sound: Some fakes are more appealing than others

However passionate, sinful and rebellious the heart hidden in the tomb, the flowers growing over it peep at us serenely with their innocent eyes; they speak to us not only of eternal peace, of the vast repose of indifferent nature: they tell us too of everlasting reconciliation, of the life which has no end.
- Turgenev "Fathers and sons"

I'm perfectly willing to admit that Joni Mitchell is a fake, especially if you wish to press the point. Remember that.

Quotation is an idle occupation, and the threat of one's own banality looms. We all share the perception of the delicate, if not the talent for it. The flowers growing up over the grave of Barazov have their counterparts in the green world of today. As faintly academic as that may sound, as benign as the sentiment may strike you, the Stones haven't planted the only seeds in our time.

She's no lady soul, this Canadian female, so fashion may let her languish for a while. Aretha and the pale soul brothers and the blacker bloods are standing stage-centre. The Joni Mitchell album kinda levelled off at around number ninety on the charts. But, then, it's not always a question of money. There are women who approach the singing of a song tactfully. Their lack of compulsion is charming. Baez and Collins, despite small differences in arrangement have created a tradition. They came to an idiom and left it with it's limits extended because of what they have done with it. Joni Mitchell walks the same fences . There's a cogency in her best lyrics and a sense of touch to her most affection rhyme. She displays a sense of structure and a desire to inhabit a world different from ours, but very much like that of others she has met.

The folk idiom is at the same time austere and formless. An acoustic guitar and a bag of common places make us all competitors, and there are no laurels for the musical talent displayed. The money rides with the words. We can give something of ourselves to the irony or the cleverness of Ochs or Paxton, but it's something else again that we give to Hardin or Rush or Collins. Traditions are then valued not for their origins but for their application. To localize a general sentiment, to reassert an emotion - the satisfactions are often private.

As I said, I'm perfectly willing to accept on her behalf the accusation that Joni Mitchell is a fake.

Frank Zappa, who writes these days for Life, is real and honest and all the things Joni Mitchell is not (like, or example, ugly). We could go on to crotches and varicose veins of the rectum. But I'm willing to let it rest.

Her LP is evidence of her special difficulties. Others have recorded her songs, people like Judy Collins, Tom Rush, Buffy St. Marie, people who are primarily singers and not, like her, composers. "Both Sides Now", for instance, was well enough known in the Collins version when Dave Van Ronk released a more studied interpretation. Joni Mitchell, who wrote it doesn't do it the way they do. She relies less on the musical arrangement (Collins), less on inflection (Van Ronk) for effect, more on the lyric structure and the delicacy of the words. This is the same problem that confronted Leonard Cohen. Both of them are substantially reliant upon the effectiveness of their writing and, though Joni is a better singer, they each suffer by comparison with others who have done their songs before them. Their material is in the public domain before they are.

Joni Mitchell's special qualities are the expectedly imprecise feminine one of graciousness and presence. She communicates a sense of experience and knowledge, neither of which she need possess (although she may ask David Crosby who produced the LP. You know David Crosby, 'who used to be with the Byrds").

The material on the album, which she follows closely enough in performance, provokes another discussion of her problems. She sounds like her involvement with Cohen resulted in, among other things, composition influence ("Cactus Tree", "Marcie"). Yet she can build on the Cohen poetizing pose and compete on equal terms ("Michael from Mountains," "I Had a King"). She doesn't always hit the right combination of images, but she does it with a flair on occasion. Folk singers seem to fluctuate like that between logical and less than logical opposites: sound and sense, form and meaning. Strengths and weaknesses are as impossible to control as likes and dislikes.

In the Joni Mitchell garden there are these flowers. Are they real or fake? Sometimes, at their best they speak of the general circumstances of living to which every folk composer must revert, "of everlasting reconciliation" and the life that pays its compliment of recollection and remembrance. Some fakes are more appealing than others, like flowers, songs and people. 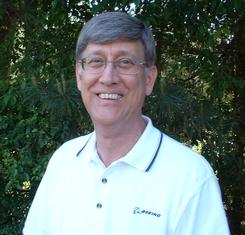 He almost got it right. He knew Joni was different; he just didn't know HOW different...