"Fibres in a variety of colours protrude out of my skin like mushrooms after a rainstorm: they cannot be forensically identified as animal, vegetable or mineral. Morgellons is a slow, unpredictable killer, a terrorist disease: it will blow up one of your organs, leaving you in bed for a year."
Folk Legend Joni Mitchell

Many doctors claim the disease is fictional or blame it on other causes. The Centers for Disease Control is investigating Morgellon's Disease. According to the CDC, "Persons who suffer from this condition report a range of coetaneous symptoms including crawling, biting and stinging sensations; granules, threads or black speck-like materials on or beneath the skin; and/or skin lesions (e.g., rashes or sores) and some sufferers also report systemic manifestations such as fatigue, mental confusion, short term memory loss, joint pain, and changes in vision." (source: Morgellon's Research Foundation)

Evidently the CDC is taking Morgellon's Disease seriously even if many medical professionals aren't. The CDC is currently conducting an epidemiological investigation on Morgellon's. The fibers that protrude from the sufferer's skin have been analyzed and strangely they have not been associated with anything man made or plant made. It does not match any fiber database, according to Lab director Mark Boese of the Tulsa Police Crime Lab.

So what is causing the strange feelings, manifestations, and fibers associated with Morgellon's disease?

Clearly there has to be something more than delusions and pain disorders for many of the sufferers. Theories of the cause range from environmental toxins to infectious bacteria. Some have even claimed that Morgellon's is a release of an intentional or unintentional government bio weapon and some others have claimed it is even the result of chem trails that seem to permeate the sky these days.

The best guess is that Morgellon's is associated with a bacteria.

"...Vitaly Citovsky, Professor of Biochemistry and Cell Biology at Stony Brook University in New York, discovered the fibers contained the substance Agrobacterium Tumafaciens, the bacteria causing crown gall disease in plants (formation of tumors in more than 140 species of dicot plants). It is a genus of gram-negative bacteria capable of genetically transforming not only plants, but also other eukaryotic species, including humans.

Anonymous samples were provided to Professor Citovsky by the Morgellon's Research Foundation to use in investigating the potential presence of Agrobacterium Tumafaciens in biopsies from Morgellon's patients. Control reactions included samples provided by healthy donors. Only Morgellons, not healthy subjects, tested positive for the bacterium in these studies..."

Whatever the cause, Morgellon's is devastating to the sufferers.

Joni Mitchell says the Morgellon's had left her housebound but today her health is much better.

There is no word on what she is doing to fight the disease. But it would seem that a good defense might be a strong immune system.

Observationally this affliction acts like a mycosis. The mycotic life cycle is complex ergo a flowering field of mushrooms upon the cellular landscape of dermis is a great insight into the etiology of this parasite. RECOMMENDED READINGS - Medical Mycology (Glenn S. Bulmer), Fungal-Link and Germs that Cause Cancer by Kaufmann
RECOMMENDED ACTIONS - Identification through scholarly mycologist as medical mycology is very rarely taught in medical schools. Enhance immune system with immune stimulators. (Mycotic infections can deplete the immune system.)
Best thoughts and prayers with affirmations of life. 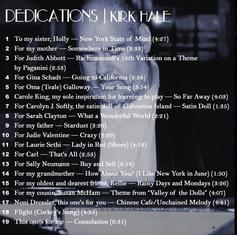 Shawanna McMitchell: (My nickname for you....I decided to make you Irish-African American) How long has it been since you've had some REAL FUN and a great many huge belly laughs?? That's what I truly wish for you.

Cheers to Joni for recognizing a health problem and addressing it! I wish all the best to her and hope that she is feeling better soon.

Thank you, Joni. For all you have given to us with your music and soul.

thank-you. the information update is gratifying. i do wish that joni would quit smoking cigarettes. i hope that she lives as long as mertyl another dog eat dog comeback type of album would be miraculus. but if all joni wants to do is paint, im cool with that. her freedom and health are most important. there is no salt on her tail. best, and love to you all who follow the seagull from saskatoon. may she always soar like a crow. from 3rd grey room.