By Patrick Leader, reporting for JoniMitchell.com

For those who followed performance artist John Kelly through the early days of his career, beginning with his club appearances in New York's East Village in the '80s, his turn to the music of Joni Mitchell in the '90s must have come as a bit of a shock. Kelly's ambitious theater pieces have used movement, monologue and his eerie countertenor singing to explore such figures as German Expressionist painter Egon Schiele, film director Jean Cocteau, and Dagmar Onassis, a fictional opera diva inspired by Maria Callas. Mitchell, whose music was seriously undervalued through the '80s and early '90s, could seem too pop a figure for Kelly, whose art dwells in a more rarified realm.

I doubt Kelly ever saw it that way. From his earliest public performances of Mitchell's work, his annual performances of "Woodstock" (with slightly revised lyrics) to close the Wigstock Festival in New York (beginning in 1985), Kelly always approached Mitchell as a deeply serious artist. Furthermore, Mitchell's work has come to be seen as much better than the original critical response would suggest. It turns out that his ambiguous approach to the nature of persona and performance is a perfect match to the complexity and breadth of Joni Mitchell's artistry.

Paved Paradise Redux seen here in New York on June 19th, is a revised version of the first of Kelly's three shows dedicated to the music of Mitchell. As in the original Paved Paradise (1997), the first half consists of songs from the earlier part of Mitchell's career, while the second set moves into the mid-70s music and eventually forward to Mitchell's most recent songs. Interspersed are monologues drawn from various Joni Mitchell bootleg performances and interviews through the years, replicated with every "um", "er", pause and giggle intact.

The monologues and the set list make evident how deeply Kelly has explored Mitchell's work. The show opens with "Just Like Me", an extremely obscure song never recorded by Mitchell, then proceeds to an early masterpiece, "Conversation" with two early, discarded verses sandwiched between the more well-known lyrics. Next was the first major highlight of the show for me, "For Free" (1969) with the brilliant chorus tag Mitchell added for her 1983 tour:

Kelly was in excellent voice throughout the evening, but his vocalizing of these lines was particularly fine. They fall in his lower range, which resembles Joni's somewhat less than his upper register, and he was able to bend notes and phrasing here with genuine virtuosity and feeling.

The first set continued through Joni's early music including an enjoyable singalong on "The Circle Game" with Kelly's supporting musicians (Paul Ossola, Bass, as Vincent van Gogh, and Zecca Esquibel, Music Director and keyboards, as Georgia O'Keeffe) each taking a verse. The set closed with a truly incendiary version of "Woodstock" (with some but not all of the Wigstock lyrics). Kelly, in a long white hippie dress, and straight blond wig, ended the song in silhouette as a disco ball descended, presaging the changes to come in Joni's music and all of our lives.

Moving from strength to strength, the second act opened with "Shadows and Light", with Esquibel drawing choirs of organs from his keyboards and providing strong harmonies. No song demonstrates so well the complex greatness of Joni Mitchell's songwriting, and Kelly did it amazing justice.

The climax of the evening was "Down to You", from 1974's Court and Spark. After singing the first two verses to live accompaniment, Kelly proceeded into the semidarkness upstage as the orchestral break from the original recording played, stripped out of his Joni-dress and wig and shrugged on boy clothes as if he'd just risen from a stranger's bed after a one-night stand, circa 1974. He then came forward looking as sexy and melancholy as he must have on those mornings after, and sang the hell out of the last verse. By doing this he caught a critical nuance of the song that I've always thought was there, and he gave himself the chance to sing Joni's lyrics as John Kelly, passionately. It was deeply moving.

Kelly's encores included "Shine" (2008), with lyrics that seem unfortunately trite in contrast with the rest of the evening, but with a vocal line that was sublime in the pared-down arrangement; and a phenomenal version of "Blue", showing off his glorious upper register. He closed with "Night Ride Home" a personal favorite. In all, a deeply satisfying evening.

In his Mitchell persona, Kelly teased us through several songs with a plug for a friend. It turned out to be a plug for his own exhibition of 30 years of self-portraits, at Alexander Gray Associates in New York through June 27th. I went to see the show on June 20; Kelly is a quite skilled visual artist as well, working in a variety of media to create portraits evoking the personae of the various figures that have inspired his performance art. The show includes an accomplished version of the Clouds cover painting with John as Joni. The whole exhibit is absolutely worth seeing. 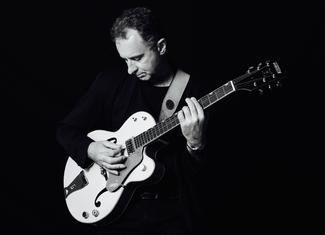 Thanks for such a vivid and erudite review Patrick. John Kelly should be proud to have earned the praise of a Joni fan as deeply knowledgeable as you.