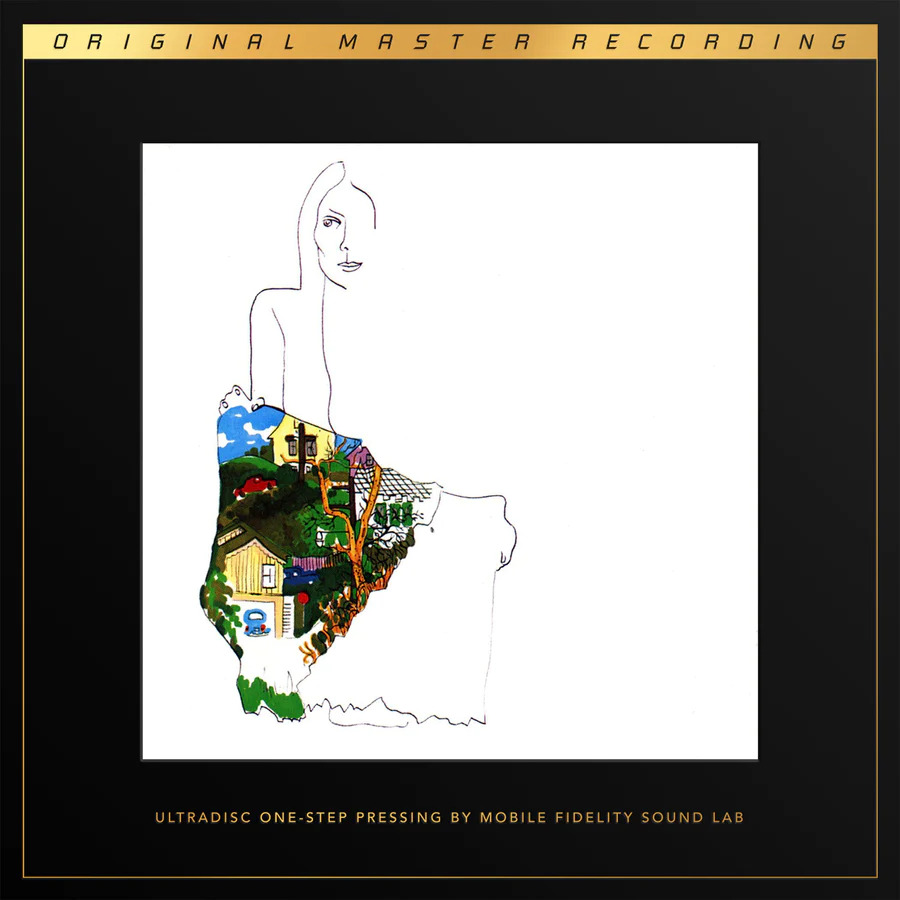 Mobile Fidelity Sound Lab (MoFi), which specializes in the foremost audio technology and definitive reissues of significant albums, will release six iconic Joni albums on its UltraDisc One-Step 180g 45RPM 2LP (UD1S) and hybrid Super Audio CD (SACD) formats. Strictly numbered and limited, each UD1S box set will be sourced from the original analog master tapes (analog tape to DSD to analog console to Lathe) and pressed on MoFi SuperVinyl. The numbered-edition SACDs will come packaged in mini-gatefold sleeves and will also be sourced from the original analog master tapes. Ladies of the Canyon (1970) and Blue (1971) will be released in 2023. Four other albums — For the Roses (1972), Court and Spark (1974), The Hissing of Summer Lawns (1975), and Hejira (1976) — will follow. Read the press release.