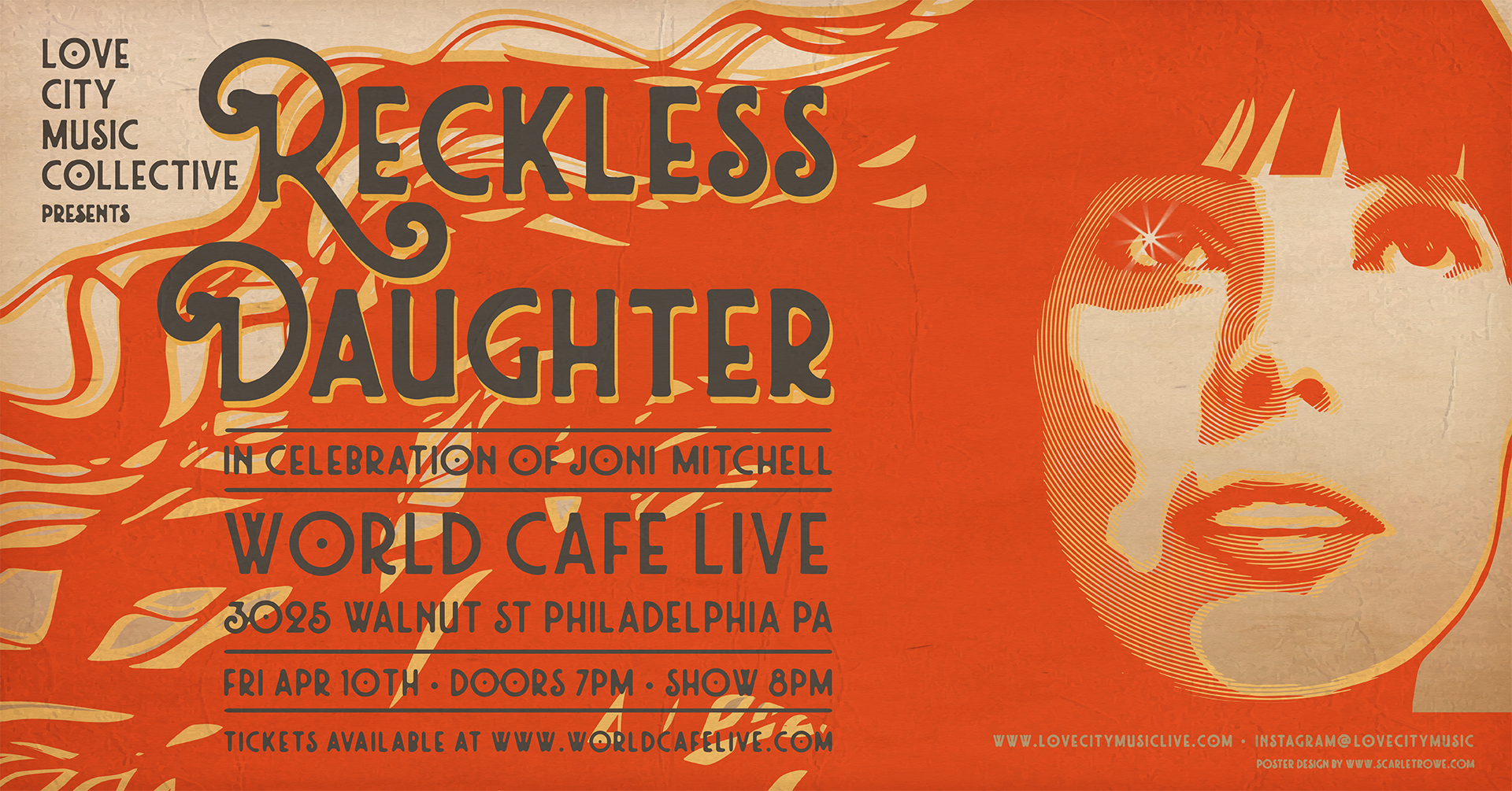 Love City Music Collective presents “Reckless Daughter - The Celebration of Joni Mitchel”, their collaboration event show in honor of one of music’s greatest and most innovative artists, Joni Mitchell.

Joining Ms. Talbott-Lane on vocals, are guest vocalists Irene Lambrou (Almshouse) and Amanda Brizzi (Hotsy Totsy). Combining their different vocal approaches and influence between rock, jazz, theater and harmonic capabilities, their approach to the songs is authentic and personal, delivering the raw emotion the songs at times demand of any singer seeking to interpret them.

In this performance, “Reckless Daughter” will perform the hits and deep cuts of Ms. Mitchell’s focused primarily on mid-career selections from albums such as Court & Spark, For the Roses and deeper tracks from Hissing of Summer Lawns along with arrangements from Miles of Aisles of her earlier works. This show will feature a performance of Ms. Mitchell’s masterpiece album, Hejira.

The songs on Hejira were largely written by Mitchell on a trip by car from Maine back to Los Angeles, California, with prominent imagery including highways, small towns and snow. Characterized by lyrically dense, sprawling songs, and graced with the overdubbed bass playing of Jaco Pastorius, Hejira continued Mitchell's journey beyond her pop records towards the freer, jazz-inspired music she would create on later recordings. “Coyote", "Amelia", and "Hejira" subsequently became concert staples especially after being featured on the live album Shadows and Light, alongside "Furry Sings the Blues" and "Black Crow." The theme of the title song summarizes the beautiful tone of the whole album...it’s leaving the dream, no one to blame.

Coming on the heels of Reckless Daughter’s November debut, this cabaret-style show is for the ultimate Joni Mitchell fan. Tickets are limited to seating for this performance. More information here.