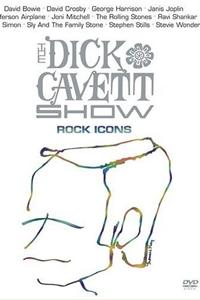 The Dick Cavett Show: Rock Icons features 9 episodes from 1969 to 1974 featuring Janis Joplin, David Bowie, George Harrison, Sly And The Family Stone, Stevie Wonder and many more. Highlights include 3 episodes with Janis Joplin and "The Woodstock Show," taped the day after the festival with Jefferson Airplane, Joni Mitchell, David Crosby and Stephen Stills. The shows also feature Cavett's interviews with many of the fascinating personalities of the day from Gloria Swanson to Debbie Reynolds to Raquel Welch.

Comments on The Dick Cavett Show