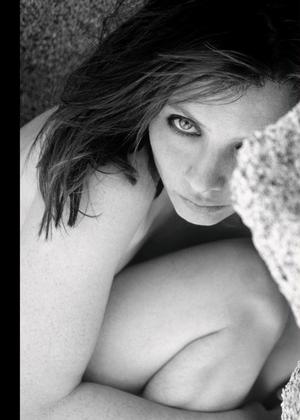 The photographic art of James O'Mara can be approached in as many ways as the poetry residing in it. Discussing his work, O'Mara says, "I try to approach every adventure in life as if it were a dance. I need that pulse, that rhythm." In fact, in his pictures we can perceive not only the moment captured by the camera lens, but also a "before" and an "after."

He has the ability to grasp the dynamics of the scene, even in perfectly still subjects: the ephemeral moment, the instant in which a figure reveals his or her nature or events show new meanings. The writer William Gibson says about his work, "Often his images are extraordinarily beautiful, but never merely so. Anchored in a warm sense of humanity, their own and the photographer's, they afford glimpses of life as seen through a more informed eye, a more lyrical reading of the play of light."

The large-format volume offers an ideal way to enjoy the author's shots spanning about fifty years, from the the rock stars of the late sixties (Jim Morrison, Bob Dylan, Janis Joplin, James Taylor, Joni Mitchell, Carole King), to the most recent portraits of people, famous and otherwise, and on to moments of everyday life in his beloved cities of Vancouver, Los Angeles, Paris, and, naturally, Florence.

James O'Mara developed his career in the documentary, editorial and commerical fields, working in fashion, music and travel. His work frequently wins awards and appears in international publications and advertising campaigns. As a photographic artist, he has shown his work at galleries in Vancouver, London and Siena. His photography and graphic design is recognized by the New York Art Director's, Communication Arts, the Grammy's, Graphis and Applied Arts.