The Songs of Joni Mitchell 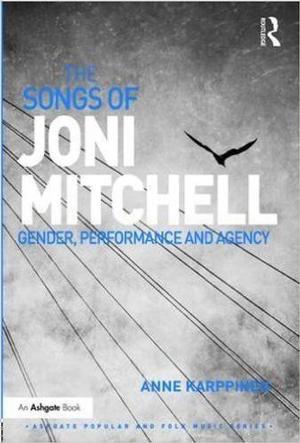 An unorthodox musician from the start, singer-songwriter Joni Mitchell's style of composing, performing, and of playing (and tuning) the guitar is unique. In the framework of sexual difference and the gendered discourses of rock this immediately begs the questions: are Mitchell's songs specifically feminine and, if so, to what extent and why?

Anne Karppinen addresses this question focusing on the kind of music and lyrics Mitchell writes, the representation of men and women in her lyrics, how her style changes and evolves over time, and how cultural context affects her writing. Linked to this are the concepts of subjectivity and authorship: when a singer-songwriter sings a song in the first person, about whom are they actually singing? Mitchell offers a fascinating study, for the songs she writes and sings are intricately woven from the strands of her own life.

Using methods from critical discourse analysis, this book examines recorded performances of songs from Mitchell's first nine studio albums, and the contemporary reviews of these albums in Anglo-American rock magazines. In one of the only books to discuss Mitchell's recorded performances, with a focus that extends beyond the seminal album Blue, Karppinen explores the craft of Mitchell's songwriting and her own attitudes towards it, as well as the dynamics and politics of rock criticism in the 1960s and 1970s more generally.