Joni Mitchell Is Pretty Much Peerless

We speak to Barney Hoskyns, the legendary British music critic and editor of a new collection of writing on Mitchell, 'Joni: The Anthology.'

There are so many amazing moments in the newly-released anthology of writing about Joni Mitchell that it would be wise to simply get out of the way and go straight to the quotes.

First, there is the praise for Mitchell, plucked from reviews and articles spanning half a century. "She plays guitar like someone smiling at you." "[H]er faintest inflection of voice or guitar can clearly indicate miles and years of particular emotion." "She is fulfilling something of a 'goddess' need in American rock." "[She] is our most fearless, fully realized female pop artist." "I believe that Joni Mitchell is better able to describe, and celebrate, what it means, and should mean, to be alive today, than any other singer."

Then there is the occasional - but memorable - scorchingly negative review, like Sounds magazine's take on her album Mingus, from 1979. An excerpt: "The liner notes reveal how much Joni held Mingus to be some kind of mystical black saint figure; the typical dizzy white people's view of black people, the stupid idea that they're privy to some inner secrets that us poor honkies will never understand... The title of one song here tells it all: 'God Must Be a Boogie Man.' Joni Mitchell is the little white girl in awe of the big black man."

And then, of course, there are the quotes from Joni, herself, like when she says, "For the most part, producers are spirit-bruisers," or "In America, wife-battering is a national pastime," or "The anatomy of the love crime is my favorite subject." One of her recurring conversational themes is the music business, of which she says at one point, "even the executives are kind of at the mercy of the Wall Street graph. The graph must go up. So it creates a kind of conservative poker playing. And they won't bet on any long shots."

The book spans seventy years, nine Grammys, and more than twenty albums, which, as the jacket copy notes, have sold "more than ten million" copies. To put that in television terms: it begins with an 18-year-old Mitchell catching a break as a "one-time replacement for a late-night moose-hunting show" on a local Saskatchewan TV channel; by the end, she's the subject of a star-studded, national-TV tribute show, filmed in 2000 at Manhattan's Hammerstein Ballroom. In between there are enough interviews, reviews, and profiles to deliver what editor Barney Hoskyns describes as "most of what you could ever want to know about Joni Mitchell."

I recently caught up with Hoskyns, a British music critic who serves as the editorial director of Rock's Backpages, over Skype to discuss the woman he calls "a towering troubadour" and "genius of North American music." Our conversation has been edited and condensed.

Noisey: What place do you think Joni Mitchell occupies in the popular music of the last 75 years?

Barney Hoskyns: If I was to make kind of crass analogies, [I would say that if] Dylan is sort of Shakespeare, then Joni is Milton... or Dante. In terms of popular music that is more than just mindless singalong pablum, then she is an artist of genuine stature, whose songs, whose music, are as great as any art form, as the work of any artist in the 20th and into the 21st century. It doesn't matter who the hell it is: Faulkner, de Kooning, Bergman. People tend to think that pop music is a lesser art form. I think when you listen to Court and Spark, you can't really sit there and say, "Well, this is just pop music." You have to think of it on a level with the greatest art that's been done in the last hundred years.

Writers in the book talk about how incredibly moving her songs are, and how she has this uncanny ability, through writing about her own experiences, to move people. I'm one of those people, and I suspect you are, too. What is it about her music that has that effect?

I suppose you'd have to date that back to the Blue album particularly, which has become such a sort of canonical work of confessional singer-songwriting. It wasn't like no one had been as artlessly open as that before, but they hadn't done it in that way. There was a vulnerability, there was just a rawness to the way she presented her feelings on that record, and tempered by what's always there in Joni's songs, which is a cool intelligence. There's always something cerebral going on there. It's never just a woman opening up her heart and sobbing. It's framed by her intelligence. Everything is. You know, "Woman of Heart and Mind." I think what's important is that her music engages the heart and the mind, usually simultaneously. It's not just raw emotion; it's raw emotion filtered through a very artful intelligence.

Nonetheless, there was that sense on Blue that maybe she never quite dared to risk again, of just pretty much her in a studio, not dressing things up in romantic cliche. Just talking about her aloneness. It felt like someone very alone in the world, and I think that's why it so appeals to hundreds of thousands, if not millions, of people who sat in their bedrooms with Blue for company.

But I suppose you know what does move one, what tugs at the heartstrings, are what always does in any great writer of love songs and, well, just songs of emotion, songs of the human condition. It is always there in the melody. And her melodies are very distinct. They're very unusual, so they kind of reach places that most of the what I call the "common or garden singer-songwriters," some of whom are very bland indeed, they just don't reach that. Because her music is posited on guitar tunings that are almost unique to her. And so therefore the way she shapes her music, the way she pieces together her compositions, the way she stacks her harmonies, the self-harmonizing - all of that, it isn't really like anybody else. She's a giant for a number of reasons, but one of them is that nobody else has ever managed to sound anything like her.

The book offers a reminder, particularly in the beginning, of how much sexism Joni faced. From people at coffee shops earlier in her career yelling at her to take off her clothes, to Rolling Stone publishing a chart of her lovers, to Warner Brothers running an ad that said, "Joni Mitchell is 100 percent virgin." What role do you think sexism has played in her career?

Well, I suppose it's one thing being a sex object without being over-endowed with intelligence. It's another thing to be objectified sexually when you are [as] forbiddingly intelligent as Joni is. Linda Ronstadt is another exceptionally intelligent woman who was on that scene who was even more objectified... than Joni, I would say. I think both of them and thousands and thousands of other female artists in that milieu, I think it was a real struggle for them. Because here was the paradox of the hippie dream, that young men and women, they wore the same clothes and their hair was as long as each others. And it was supposed to be some kind of like de-macho-fication of the American male, if you like. But the fact of the matter is the men just carried on behaving like pigs like they'd always done. It didn't really matter that they had hair down to their asses or not; they were still pigs expecting women to cook and wash up.

Another thing that strikes me about the book is how long she's been doing this. In the years since she came on the scene, where do you see her influence playing out?

If I was Joni, I would say, "I see my influence everywhere on people who really aren't worthy of it." I mean, that's what she would say. [Laughs] As David Crosby notoriously said, "She's as humble as Mussolini." There isn't a lot of humility there. There's not a lot of magnanimity. She knows how good she is, and he really doesn't suffer musical fools or musical mediocrities gladly.

For a start, there are a hundred girls with acoustic guitars who have dreamt of being Joni, and obviously they're not fit to wear her left shoe. We know that. And not just girls; I don't mean to be in any way sexist about it. A hundred thousand boys who want to be Joni [too].

I would say that she's prouder of the fact that Prince was a Joni Mitchell freak than anything else. She recognizes in the late, great Minneapolitan a peer, someone who's on her level, who's reached her peaks. And so the fact that Prince worshipped The Hissing of Summer Lawns counts for a hell of a lot more than [the fact] that there are, you know, a million sophomoric girls who dream of being Joni. 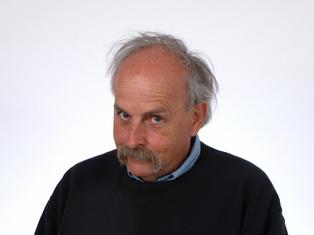 One Word for Joni..."Incomparable"...for always...a light from heaven...Yes "Blue" caught me too like nothing before or since,she took us all on a journey to the very heart of things that matter...I can never say enough about to, of or for her and how she changed my life....How incredibly blessed we have been to have her on this sometimes very horrible planet to keep our hearts open....even now...Hallelujah I love her so.....now and torever.

There will only ever be one incomparable Joni Mitchell....