Dave Bidini's critique of Joni Mitchell seems smilingly petulant in a way that is way too familiar...and reminds us that maybe generational differences make us too readily divisible....

A recent essay reprinted from The National Post at Crooks and Liars by Canadian indie rocker/writer Dave Bidini (most well known for his work with The Rheostatics) takes folk-rock-jazz icon Joni Mitchell to task for being "difficult." Bidini's chief complaints seem to be that Mitchell is critical of another icon (John Lennon), is troubled that her fans don't always "get" her songs, and struggles with having grown old and fragile in health.

What Bidini believes (or at least gives the impression he believes) is that Joni Mitchell doesn't have the right to be cranky about her struggle to achieve her artistic goals in spite of the bias against her as a woman artist, her numerous and complex health problems, and her sometimes complicated and difficult personal life because - well, it seems because she's had great commercial/critical success.

Why Bidini feels the need to make this attack is what puzzles one most in all this.

To begin with, the interview Bidini references, from Canadian magazine Macleans, somewhat belies Bidini's claims. Yes, Mitchell concedes that Lennon, ever happy to play agent provocateur, claimed that Mitchell's magnum opus Court and Spark suffered from its composer's "over-education." But because she's educated - and therefore thoughtful - she attributes his criticism to Lennon's own class consciousness, a fair enough assessment. After this Bidini seems to misread another important point: the documentary in which a rock critic dismisses Mitchell's work as "twee" is not Lennon - she says that such a dismissal was like Lennon. And anyone who's read/seen Lennon interviews knows what she means: John could be as caustic and dismissive of what he didn't care for (or understand) as Bidini accuses Mitchell of being. And Bidini certainly seems to be trying hard to tar Mitchell with the brush of elitism. Pot/kettle?

But this isn't the worst element of this sort of misreading of the Mitchell interview. Consistently Mitchell alludes to her struggles making her way as a woman artist. Bidini's criticisms of Mitchell in this area, while he certainly offers some valid critique, seem more about arguing that she has no right to discuss her struggles unless she identifies as feminist. One would think that the essence of being feminist is making one's way despite facing barriers that are clearly based on gender. And in the interview she shows deep concern over the current music industry's emphatic sexualizing of female pop singers. Mitchell likely feels that progress that she and other musical artists made toward acceptance of themselves more for their talent than for their looks is undercut by manufactured "teenage dream" types such as Katy Perry or Miley Cyrus.

Bidini's essay paints Joni Mitchell as a cranky old woman who doesn't spend enough time "reclining on a velvet divan, smoking and wondering why all of these great things happened to you." The interview itself shows an artist still engaged in the struggle to define her legacy, continue her work, and raise the general level of the discussion of women, music, and culture. His emphasis on the wealth Mitchell's quirky genius earned her because of the times in which she did her major work (sadly, a common gripe of Gen X indie artists like Bidini, possessed of his own quirky genius which did not make him rich, against classic rock era artists) as well as his insistence that she should never be critical of those who misinterpret her work (no matter how hard Bidini wants to argue the point, people who sing "River" as a happy little ditty about the holiday season have badly missed the song's message and Mitchell's critique is valid) just feels - well, like the same old Gen X snarkiness towards another Boomer icon.

Both Dave Bidini and Joni Mitchell are worthy artists. Both have reasons to be bitter in a culture that continues to repress and exploit women and that fails to reward artists of talent in something approaching comparable ways. Both have the right to be as critical as they choose of fellow artists. But no one is served when artists get caught up in the petty critiques that divide generations. And no one is served by that sort of behavior except those who benefit from division and conquest. 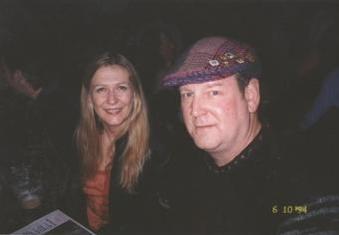 Hmm, I made two comments here but they're gone.