Document provided to JoniMitchell.com by Michelle Mercer- acquired during research for her book Will You Take Me As I Am.

I am a chronic sufferer of bargainitis - a disease with which every red-blooded female is afflicted. Actually, "disease" is not the correct term for my ailment, which is more like a habit - comparable to the alcohol habit. Like an alcoholic, I experience occasional periods of "soberness" during which my family carefully shelters me from certain dreaded words which would stimulate my craving for a bargain. Eventually, however, at some unguarded moment, my old companions, Sale, Bargain Priced, Greatly Reduced, or Today's Special, slip past on padded soles. Then, once again, I have fallen off the proverbial "wagon".

In my case "to buy or not to buy" is not the question. I will buy anything - anything - that has been reduced to one third of its original price. I now own, among other things, a wonderful emergency repair kit for patching plastic swimming pools, an absolute steal at ninety-eight cents and which will doubtless prove invaluable when and if we get a plastic swimming pool. And just last month I purchased a genuine Indian hookah- a jewel of a bargain - for only fifteen dollars. I conceived visions of it being on the mantelpiece, but when I brought it home I found it greatly disruptive to our Early American décor. Since then, however, my husband has taken a liking to it, taught himself to blow water-cooled smoke rings, and voiced the opinion that we should have the living room redecorated in Early Hindu. My only problem is where can I buy Hindu furnishing on sale?

Not all my purchases are wise ones; I'll be the second to admit it. For instance just last week I bought a brown-shantung dress at Blanche Buchanan's for twenty-eight dollars (a fraction of its former price). At home I surveyed myself before my vanity mirror. "Tres chic," I muttered although somehow without the simultaneous cooling of the "vendeuses" the creation seemed to give me the distinction and interesting contours of a large bran muffin. Of course the dress is not a total loss for at least I have something to wear while shopping at Blanche Buchanan's.

This brings to mind another point. No literature has as yet been written that can hold my interest as a sales advertisement does. I read any sales flyer I can get my hands on. As a matter of fact, I was embarrassed recently at a church social during a conversation with a Mrs. Rhoda Wordsworth, B.A., B.E., M.A. After we had discussed the usual drivel about the weather, my health, and the condition of my African violet, the question arose, "Have you read any good books lately?" I mumbled uncomfortably something about the Eaton's Flyer and Simpsons Sears Sales Catalogue, turned a brilliant fuschia, and slunk off into my uncultured little rut. I hate books.

Although my knowledge of literature is relatively scant, there are a few phrases which remain illuminated in my memory. I think it was the immortal Shakespeare who said something to the effect, "There is no sale either good or bad but inflation makes it so" or was it "Twinkle, twinkle little sales tag?" There is food for thought there!

Joni you are the best,and from one so young.  [ed.] 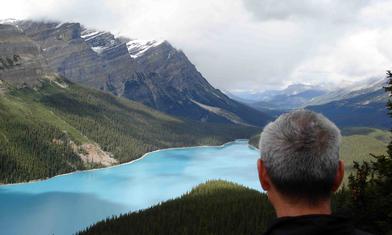 best article in forever! Thanks Joni :-)